this is
Deep Level Love. 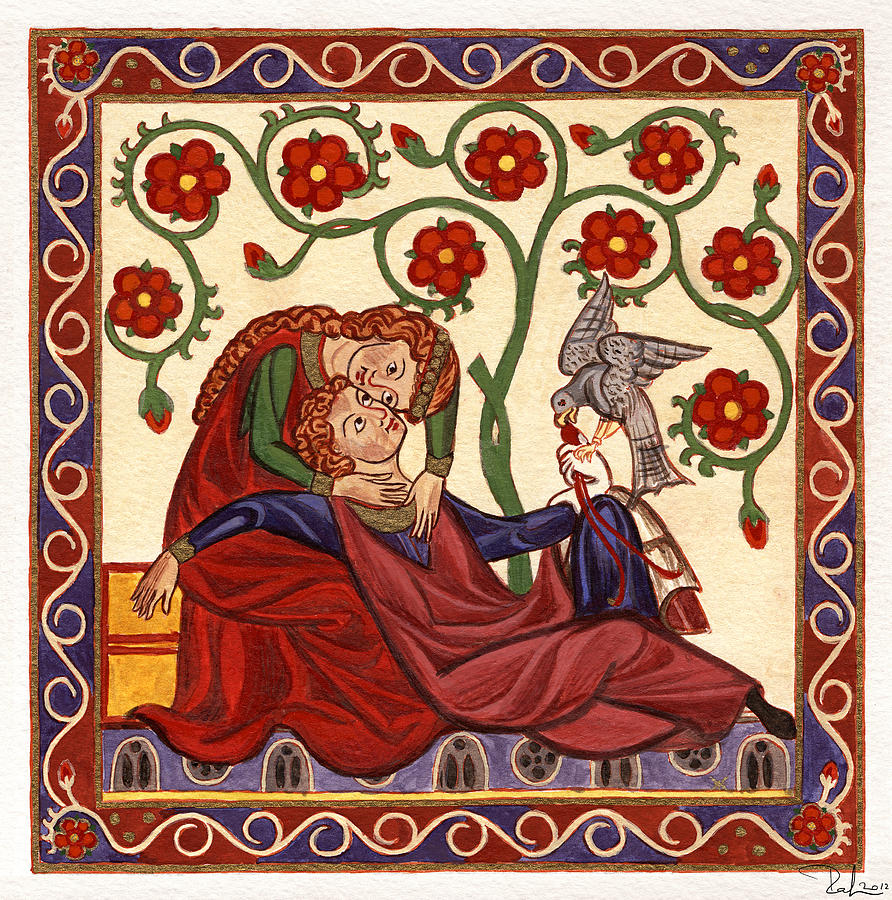 For Valentine’s day I thought it fitting to share enough thoughtful words about #deeplevellove, and the romantic idea we honor in various ways today, and in time for me to still go out to dinner tonight with my sweetheart!

Because of the complex network of nerves and chemicals in the human body, it’s probably safe to say that nobody ever invented love and it’s always been there, arising from the multitudes of unique connections we get drawn to and bond with. It's so central to our psychology that it is said that no work of art or creative accomplishment could have found success without love being a central aspect or motivating factor. This reveals an important point about love: it’s a major game changer!

But Valentine’s day is about romance and the "sweet-heart." I won’t normally go far into this area for the purposes of deep level Love (with a capital L), as there are countless experts on such specialized types of relationships who are way more eloquent than I … but for today it’s a good reason enough to get into it a little!

The actual word we know as 'love' goes way back, being found in the first English language writings from the 8th Century CE. Its origin comes from the oldest Germanic language, the barbaric Goth word 'lubo,' and is connected with 'lof' in early forms of Scandinavian. It comes further down the line in Old High German 'luba,' to Old Frisian 'luve,' then on to Old English 'lufu,' and finally LOVE.

The idea of romantic love has likely arisen in countless goofy expressions since the dawn of human emotions. The earliest sappy snippet we have today was uncovered in the archaeological excavations of the library of kings, at the ancient Assyrian city of Nineveh (present day Iraq), found in the 4000 year old poem "The Love Song of King Shu-Sin."

“Bridegroom, dear to my heart,

Goodly is your beauty, honeysweet,

Lioness, dear to my heart,

Goodly is your beauty, honeysweet.

You have captivated me, let me stand tremblingly before you.

Bridegroom, I would be taken by you to the bedchamber,

You have captivated me, let me stand tremblingly before you.

Lioness, I would be taken by you to the bedchamber.”

Another historically interesting tidbit in the evolution of the romantic idea of love in our culture today is evidence of another middle-eastern influence, coming from the period in Spain known as “al-Andalus.” This was the reportedly liberal and tolerant Muslim society that existed in Spain after the Moorish conquest of the Iberian Peninsula, between 711 and 1492 CE. Conditions here allowed a tolerant co-existence between Muslims, Jews, and Christians, and resulted in a rich and vibrant culture where art, literature, science, scholarly inquiry, and music flourished.

There’s debate in explaining the causes of what happened next, but a new wave of musicianship revealed itself around this time in the regions of south-western France, right over the border from al-Andalus. They were called the Troubadours – roughly translated as “The Inventives” – and they wrote Christian-influenced secular “tropes” (same root word in Troubadours) in music and poetry that were all about romantic courtly-love, and chivalry. This was something of unique importance to the period of Europe we often call “The Dark Ages.” The troubadours would travel around, sing, play, and recite, sometimes staying in court for a while, as solo acts, small troops, and even impromptu combo jam sessions. Their number included men and women from all classes of society. Their themes of honor and love spread throughout the land, in popular tales of gallant heroics by shining-armor knights and morality lessons, matched by irreverent yarns of ribaldry and knavish antics.

Many colorful stories are thankfully preserved in the historical record, as well as names of the more famous players, but sadly the waves of 14th Century plagues, known as the Black Death, wiped them all out, as well as half of Europe. Love isn’t extinguished so easily however, and their legacy lived on in the collective sub-conscious of writers, artists and romantics of later generations. They’re all still around.

St. Valentine’s Day, a sacred feast the catholic church instituted as a replacement for a time of rather widespread orgiastic rites of ancient Roman paganism, soon became a safe excuse in toned-down times to convey love and romance to that special someone - even with increasingly saccharine and mass produced commercialized methods. Simple votive offerings of personal devotion that were once rather private manners of expressions, were soon enough allowed to become lavish, indulgent, and (likely due to Love’s central importance) publicly accepted by more-and-more in this way ... so the once pagan ritual frenzy of fertility and purification, was now mated instead to money.

I like to say on the matter of deep level Love – with a capital L – that this short tale of romantic love, is just one narrow view on the immensity of Love. Romance and Valentines will always still be important components for people, and since time never ceases its forward creep, it’s necessary that these tropes of troubadours will continue evolving. Kids in practically every school in America get red hearts day parties now, which are great “reaching out” reaffirmations of humanity. Red hearts are also being shared with family members, and adult friends who are not just people we want to sleep with. This is reminding everyone that we’re all in this together. Hopefully the positive realization that the energy of Love - that massive game-changer - will continue shaping the cultural trends of today. Happy Valentine’s Day!